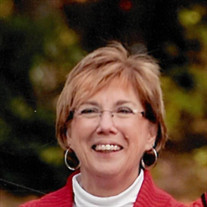 Dianne (Horst) Masimore of Glenville, PA, born in 1949, was joyfully reunited with her husband Gary A. Masimore (d. Dec. 2001) in eternal rest on May 14 after a short but courageous battle with pancreatic cancer. She passed away peacefully at home with her loving family by her side. Raised at River Valley Ranch in Manchester, MD, as a rose between two thorns (her older and younger brother), she was the daughter of the late Dorothy (Smith) and Joseph A. Horst, both of whom died within the past year. Dianne leaves behind two children and five grandchildren: her daughter Sarah (Masimore) Buhite, her husband, Philip, and their children Eli (10) and Evelyn (7) of York, PA, and her son Jason A. Masimore, his wife, C.J., and their children Silas (10), Peter (6), and Frances (3) of London, UK. Known as “Mimi” to her grandkids, she loved spending time and traveling with the family whenever she could. She will be remembered for her easy laugh, love for her family, and often unintentionally hilarious home-made Halloween costumes for the grandchildren. Dianne was an active and dedicated member of her community. She was an elected member of the Southern York County School Board for 22 years. She also served at various times as the president of the PTO of her children’s schools, president of the York Youth Symphony, president of the Jefferson Volunteer Fire Company’s Ladies’ Auxiliary and various positions within her church. She most recently worked at Springfield Contractors in Glen Rock, PA as its bookkeeper, a job and group of colleagues and bosses she enjoyed until her illness. Dianne is also survived by her brother David Horst and his wife Judy (the sister she never had), of Hampstead, MD, her brother Johnny Horst and his wife Jackie of Delaware, and many nieces, nephews and friends. The family is grateful to Hospice & Community Care and Dianne’s caregivers from Deanie King Home Care, Anizzette, Catrice, Debbie and Jo for the excellent personal care and attention she received in her final weeks. The family is devastated by this enormous loss, but remains steadfast in the hope expressed by the Apostle Paul in 2 Corinthians 4:13-19, as Dianne had been. Instead of flowers, donations can be made Mason Dixon Baptist Church in New Freedom, PA, at mdbconline.com.

Dianne (Horst) Masimore of Glenville, PA, born in 1949, was joyfully reunited with her husband Gary A. Masimore (d. Dec. 2001) in eternal rest on May 14 after a short but courageous battle with pancreatic cancer. She passed away peacefully at... View Obituary & Service Information

The family of C. Dianne Masimore created this Life Tributes page to make it easy to share your memories.

Send flowers to the Masimore family.