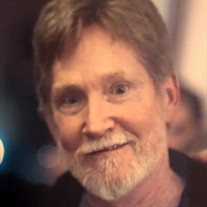 David M. Sellers passed away at home on January 5, 2022 after a long struggle with cancer. Born on October 29, 1946 to Roselyn (Markey) Sellers and Melvin L. Sellers, David, along with his sisters Linda and Laurie, grew up in a loving family in New Freedom, PA. From an early age, David had a passion for understanding the mechanics of how things functioned. Repairing friction driven toys led to junior high after-school visits to the back of an auto repair shop where he took apart discarded carburetors and transmissions to see how they worked. After graduation from Susquehanna High school in 1964, he went on to receive his bachelor’s degree in mechanical engineering from Pennsylvania State University. There he balanced his studies of mathematics and physics with electives in art, philosophy and the humanities. Rather than seek a corporate job, David chose to learn from and work for Ross Miller at Grand Prix Developments in State College, PA from 1969 to 1972 where he was able to apply his love of art and mechanics to working primarily on Volkswagens, as well as foreign, sometimes exotic, sports cars and motorcycles. Here he gained a deep appreciation for the variety and beauty of engines, car designs, and tools. Some of David’s fondest memories were when, on the spur of the moment, he and Ross would quickly load up tools and parts and drive out to rescue a stranded motorist by repairing his or her car on the side of the road. His hands-on experiences continued from 1972 to 1975 at Hillco Sports in Boalsburg, PA. He then worked for NAPA in Hummelstown, PA from 1976 to 1979. For the next twenty years, David worked as a technical writer/new product editor in the Product Testing Department for Rodale Press in Emmaus, PA. He was responsible for researching and procuring various brands of a product, and designing, setting up, and conducting tests on that product according to predetermined criteria. He would then write up the results of those tests for publication in American Woodworker Magazine, Practical Homeowner Magazine, or Runner’s World Magazine, depending upon the product tested During this time, he wrote an advertorial for Black & Decker that was published in Newsweek Magazine. He developed an air purifier testing procedure that was adopted as a national standard by the National Sanitation Foundation and was acknowledged by the U.S. Environmental Protection Agency. He also developed a paint remover testing procedure that was adopted by the DuPont Company for evaluating nontoxic paint remover products. While at Rodale, he joined Rodale Press’ running team, training under the direction of Budd Coates. The team competed against other corporations in the Manufacturers Hanover Corporate Challenge in New York City. In addition, David ran numerous 5K races, half marathons, and marathons, including the Pittsburgh, New York, and Boston Marathons. His love and passion for the art of mechanics found yet another home in the performance of the human body. After Rodale Press was sold, he decided to expand his knowledge of anatomy and physiology, so he enrolled at Northampton Community College and later graduated as a Physical Therapy Assistant. He then worked as a PTA at a pain clinic in Baltimore until retiring in 2011. David’s uniqueness was difficult to ignore and inviting to those with whom he came in contact. He searched for common ground in the people he met. Having played trumpet in a rhythm and blues band after high school, a band which later evolved into the now famous Billy Price Band, and having attended Woodstock in 1969 and the Juke Joint Festival in Clarksdale, Mississippi in 2019, music was often the opener. Once he got a feel for a person’s musical taste, he would be sure to have a CD to give that person the next time they met. Many copies of Miles Davis’ Kind of Blue were given to patients at the pain clinic. He got his favorite oncologist interested in soul and jazz music and provided a country music-loving nurse practitioner with a country meets jazz Willie Nelson, Brandon Marsalis CD. After considerable research, he would present articles and books to anyone who, in a previous conversation, had a question about or expressed an interest in virtually any subject. When he visited friends, he would delight in a “show and tell,” bringing recent articles, books, or music to share. He once said, “I love doing that, man. I feel like - what’s his name - Johnny Appleseed!” He was fond of relaxing on a summer porch outside or around a winter wood stove inside, freely talking with friends about everything from poetry to entropy. David loved and respected those who were close to him and took advantage of any opportunity to introduce them to one another; again, he wanted to share what he loved. David is survived by two sisters, Linda Myers, Laurie Baker (Don), a niece Jessica Staley (CP), and two nephews, Andrew Baker (Missy) and Matthew Baker (Deanna). During David’s long battle with the disease, his sisters Linda and Laurie, and friends Pat Richard, Ross Miller, Paul Anthony, Tom Walz, Paul Bowman, and Dan Killinger helped to care for him at his home. David is dearly loved by all and will be forever missed as a brother, a friend, and a loving, beautiful soul. A celebration of his life and accomplishments will be scheduled at a future date. Memorial contributions may be made to: Mississippi Blues Foundation Blues Musician Benevolent Fund Attn: Dr. Edgar Smith 5934 Paddock Place Jackson, MS 39206

David M. Sellers passed away at home on January 5, 2022 after a long struggle with cancer. Born on October 29, 1946 to Roselyn (Markey) Sellers and Melvin L. Sellers, David, along with his sisters Linda and Laurie, grew up in a loving... View Obituary & Service Information

The family of David M. Sellers created this Life Tributes page to make it easy to share your memories.

Send flowers to the Sellers family.