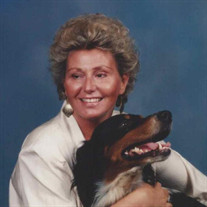 Helga Heidi Upton (Bramekamp) Wiesbaden Germany, Sept. 28, 1943 passed away suddenly surrounded by her family on March 6, 2020 at York Hospital, York PA from complications due to illness. Heidi recently celebrated 55 years of marriage to Rev. Wayne H. Upton (Stewartstown PA). She was the mother of Vicky and husband David Chinery (Stewartstown PA), Tammy and husband Scott Leatherman (Stewartstown PA) and Michelle Upton (Dundalk, MD). She leaves behind 5 grandchildren and 1 great grandson. She is preceded in death by her mother Hildegard Turner (Gruber) (Tacoma WA), Father, Arter Bramekamp (Germany), brother, Terry Turner (Nevada) and grandson James Roland Leatherman (Stewartstown PA). Heidi was born in Wiesbaden Germany to Hildegard Turner (Gruber) and Arter Bramekamp. After the death of her father, she moved with her mother and stepfather, Hardy Turner to the US. She lived a short time in Hawaii and was on the Hawaiian swim team as a teenager. Upon returning to Glen Burnie MD, she graduated Glen Burnie High School and entered nursing school at Maryland General Hospital In 1965, Heidi married Wayne Upton. She became a United Methodist minister’s wife when Wayne became an ordained minister in 1970. She taught Sunday school and was on the Board of childcare for the Baltimore Washington Area conference. After raising three daughters, in 1981 Heidi returned to school to become a Licensed Clinical Social Worker. She worked at Villa Maria School in Towson MD and had a private practice. Even after her retirement, she continued her spiritual journey by listening and making connections with people, as well as, contributing to many charities. Heidi was an incredible artist who captured the beauty of the world around her. She loved reading and had an unquenchable thirst for learning. Heidi loved being outside tending to her beautiful garden that brought her peace, joy and comfort. Heidi had a spiritual connection to animals, especially her beloved pets she has had over the years. Heidi loved being a mother and spending time with her grandchildren. Spending time with people, especially her family and friends was very important to Heidi. Heidi was so gifted in her ability to decorate her house making it a home. Music was also one of Heidi’s loves, she loved listening to music that lifted her spirits and calmed her soul. For those who knew Heidi you were truly blessed. She will be greatly missed by her family and all those who knew her. In lieu of flowers, donations can be made in memory of Heidi to: Eureka EMS P.O Box 128 Stewartstown, PA 17363 There is no viewing or funeral. A private celebration of life will be held at a later time.

The family of Helga Heidi (Bramekamp) Upton created this Life Tributes page to make it easy to share your memories.