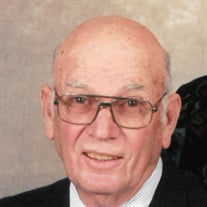 James Robert Kefauver passed away at his home on June 29, 2021. He was the loving husband of 56 years to Lynda Ann Kefauver (nee Grove). He was born in Felton, PA on December 4, 1938 to the late Robert and Anne Kefauver. James graduated from Kennard Dale High School in 1956 and followed in his father’s footsteps working on the family farm. After he stopped farming, Jim worked at Pleasant Valley Golf Course and East Hopewell Township in the road maintenance department. He retired from the East Hopewell Township but continued to volunteer his time mowing at the Wallace Cross Mill Historical Site, which he had done dutifully for 35 years. Jim was a hardworking, fun loving man, with a beautiful smile. He was passionate about his yard at home, keeping it in pristine condition. He belonged to the Young Farmers Club and took great pride in his family farm and his community. In addition, he was a lifetime member of Stewartstown Presbyterian Church, where he served as a trustee. He was always willing to lend a hand to anyone in need. In his later years, he became very fond of the cats that lived at the farm. Jim was loved by many and will be missed by all that knew him. In addition to his wife, Lynda, he is survived by his two loving daughters, Holly Ann McCleary (Brian) of Felton, PA and Lana Suzanne Durken (Harry) of Tampa, FL; his adoring grandson’s, Wyatt and Garrett McCleary; and his dear siblings, Mitchell Kefauver (JoAnne) and Susan Kinard (Richard). A public viewing will be held on Friday, July 2nd from 9:00 – 11:00 am at Stewartstown Presbyterian Church, 14 College Ave. Stewartstown, PA 17363. A funeral service will begin at 11:00 am with interment immediately following at Stewartstown Presbyterian Cemetery. In lieu of flowers, memorial contributions may be made to Stewartstown Presbyterian Church.

James Robert Kefauver passed away at his home on June 29, 2021. He was the loving husband of 56 years to Lynda Ann Kefauver (nee Grove). He was born in Felton, PA on December 4, 1938 to the late Robert and Anne Kefauver. James graduated from... View Obituary & Service Information

The family of James Robert Kefauver created this Life Tributes page to make it easy to share your memories.

Send flowers to the Kefauver family.