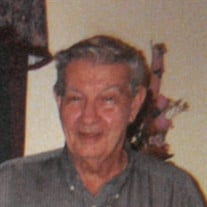 Kenneth Leroy Whipperman, died on Sunday, December 26, 2021 at Manor Care Kingston Court, York, PA. Born on December 24, 1931, in Freeland, MD, to the late William R. and Lida A. (Demmyer) Whipperman. Kenneth was loving husband of 49 years to the late Mary (Thompson) Whipperman. He was a veteran of the Army in the Korean War and retired from Black and Decker as a Machinist. Kenneth was survived by daughters, Karen Goodfellow of New Freedom and Kim Kiser of Glen Rock and son, William Whipperman of Glen Rock; three grandchildren, Dana Goodfellow, Mandy Goodfellow, and Thomas Kiser; and two great grandchildren, Emily Goodfellow and Alexander Frederick; he is also survived by his companion, Margaret Stiffler; he was preceded in death by his siblings; Goldie Richcreak, Virginia Burk, Herman F. “Jim” Whipperman, Marie E. Crouse, Rose E. Bell, Margaret I. Boyer, and William R. Whipperman, Jr. In lieu of flowers, memorial contributions may be made in Kenneth’s name, to a favorite charity of your choice.

The family of Kenneth L. Whipperman created this Life Tributes page to make it easy to share your memories.

Send flowers to the Whipperman family.