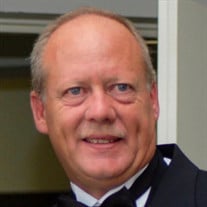 Michael Donald Brendel, 62, passed away tragically from injuries sustained in a motor vehicle accident on Tuesday, June 23, 2020. He was the loving husband of Theresa Lynn (Florie) Brendel and they celebrated 37 years of marriage in Pennsylvania. Born in Baltimore, Maryland, Mike was the son of the late Donald W. and Helen (Miller) Brendel. Mike was a tremendous father, brother, son and friend to many. He spent his childhood with his brother Gary and sister Donna in Perry Hall. Mike loved the high school's "Burn out" day which was the one day where he was allowed to spin tires in the parking lot. He cared deeply for his job and provided an unmatched level of hard work and dedication. He split his career working as a detailing manager for Village Volvo and sales manager for Auto Solutions Inc. Full of positivity and always making people laugh, Mike was the bright spot in the day for his family, friends and customers. He loved rock and roll and told many stories of his early years as a drummer with his friends and band, Invader. Mike loved watching the Orioles and Ravens with his sons. He forever enjoyed the only Ravens game he ever attended with his brother where the Ravens beat the Browns. He also loved his baby girl, Lisa, and took her often crabbing, jet skiing and boating at Flying Point Park in Edgewood as a kid. He was proud of the household and family that he built and maintained. He will be missed by many. Surviving in addition to his wife are three children, Lee M. Brendel and his wife, Dana of Lake Wylie, SC, Lisa M. Brendel of Glenville, and Nicholas A. Brendel of Mt. Wolf; two grandchildren, Cassidy L. Brendel and Eli A. Brendel; and a brother, Gary R. Brendel and his wife, Terri of York, SC. Mike was preceded in death by a sister, Donna Jordan. Services and interment are private and at the convenience of his family. Hartenstein Funeral & Cremation Care, Inc., Stewartstown, is assisting the family with the arrangements. HartensteinCares.com

Michael Donald Brendel, 62, passed away tragically from injuries sustained in a motor vehicle accident on Tuesday, June 23, 2020. He was the loving husband of Theresa Lynn (Florie) Brendel and they celebrated 37 years of marriage in Pennsylvania.... View Obituary & Service Information

The family of Michael Donald Brendel created this Life Tributes page to make it easy to share your memories.

Send flowers to the Brendel family.