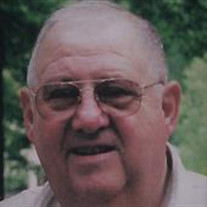 Roscoe Carroll Waltemyer of Ijamsville, Maryland, died peacefully at his home on April 13, 2022. He was born in York, Pennsylvania, on January 23, 1930, to the late Roscoe K. and Nellie Marsteller Waltemyer. He spent his early childhood years in New Freedom, PA, until his family moved to Baltimore, MD. He attended Baltimore Polytechnic Institute High School, where he wrestled, played football, ice hockey (making all-Maryland and playing semi-pro), and lacrosse. He went to the University of Baltimore on a full lacrosse scholarship, and he was selected for the 1953 All-American team, and he was also on the wrestling team. He graduated with a Bachelor of Science degree in Business Management. Following college, Carroll was drafted into the US Army, serving with the 101st Airborne Division. While serving in the Army, he married the love of his life and best friend, Shirley Marie Hoffner, a registered nurse, on November 8, 1954. Upon leaving the Army, he got a job with Addressograph Multigraph ("AM") International, where he soon became its top Regional Manager. While at AM, Carroll and Shirley were transferred from Washington, DC, to San Diego, CA, then to Milwaukee, WI, and then back to the DC Area. Following his 25-year career at AM, which included earning a lifetime membership in the One Hundred Club in recognition of numerous years achieving over 100% of his sales volume quota, Carroll retired. Carroll had a real estate broker's license and was an active and successful real estate investor. He mentored many people on the ins and outs of making a living from the comfort of one's own home. Carroll and Shirley both loved the great outdoors, and their German Shorthair Pointers were their "kids" and their passion. They raised, trained, and showed their dogs, and they were very active in the Mason-Dixon German Shorthaired Pointer Club, where Carroll served for ten years as its President. They loved hunting their dogs at S&M Hunting Lodge, where Carroll served for over 40 years on its Board of Directors, and they enjoyed their annual hunting trip to Maine. Carroll was an outstanding marksman, and for many years he gunned field trials and AKC hunt tests. He was an avid fly fisherman, and he and Shirley were active members of Conewago Conservationists. They enjoyed their horses, camping in their trailer, and fishing on the lower Potomac River from their boat, the Sea Deucer, which they kept at Colton's Point in Southern Maryland. When not busy hunting and fishing, Carroll and Shirley loved attending dances at the Frederick Elks Lodge and working in their large vegetable garden, sharing its bounty with friends and neighbors. Carroll kept fit by playing tennis, squash, and racquetball. He was a member of Frederick Elks #684 for 36 years, a proud member of Shriners International, and a Master Mason and recipient of a 2012 award commemorating 50 years of membership in the Elmer Timberman Lodge No. 54 of the Masonic Fraternity. Carroll was devastated when he lost his wife and best friend, Shirley, on September 4, 2009. Her memory is kept alive with the perpetual Shirley Waltemyer Memorial Trophy that is awarded annually for the Open Gun Dog winner in the walking field trial competition at the Mason-Dixon GSP Club. Carroll continued many of the activities they enjoyed together for as long as possible, and he spent his free time telling stories, enjoying cigars with his friends, and searching for lending and real estate investment opportunities. Carroll touched many hearts across the country with his wit and sense of humor, and he will be missed by his family, friends, neighbors, and all who knew and loved him. He lived life to the fullest and was happy to remain at home in his final years because of the outstanding care, friendship, and love given by his caregivers Peggy Sue, Dani, Lysa, Tanya, and others. On Wednesday, April 27, a viewing will be held from 10 to 11 am, followed by a funeral service at 11 am at Hartenstein Funeral & Cremation Care, 24 North Second Street, New Freedom, PA 17349. A brief graveside service with military honors will follow at the New Freedom Cemetery. In lieu of flowers, please consider donating in Carroll's memory to Frederick Health Hospice, 1 Frederick Health Way, Frederick, MD 21701.

Roscoe Carroll Waltemyer of Ijamsville, Maryland, died peacefully at his home on April 13, 2022. He was born in York, Pennsylvania, on January 23, 1930, to the late Roscoe K. and Nellie Marsteller Waltemyer. He spent his early childhood years... View Obituary & Service Information

The family of R. Carroll Waltemyer created this Life Tributes page to make it easy to share your memories.

Send flowers to the Waltemyer family.