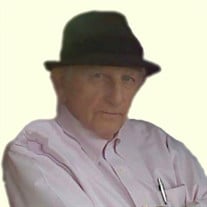 Theodore James Goloboski, Sr., passed away at his residence in White Hall, MD on Thursday July 8th, surrounded by his loving family. He was the beloved husband of 28 years to Joyce (Cox) Goloboski. Ted was born on April 29, 1928. He was raised in east Baltimore by his parents Anna and William Goloboski. Ted started working at 14 delivering newspapers. He worked in a grocery store and was a shoe salesman at Montgomery Ward. He also worked delivering pharmaceuticals. He attended Patterson Park High School and graduated in March 1947. After graduation Ted was drafted on March 12, 1951 during the Korean War and served 2 years. Ted served as a counter intelligence radar operator. He received an honorable discharge March 11, 1953. When the Vietnam war began, Ted served in the Army National Guard. He served two years and was honorably discharged on January 11, 1957. He enrolled in the University of Baltimore and graduated with a degree in Business Administration, with a major in Accounting. Ted Began to work with the US Government as an Auditor in the Air Force Audit Agency. He worked with the agency for 23 years and then transferred to the Social Security Administration working as an Auditor until his retirement from the Government in 1988. Ted owned his own accounting firm, Goloboski Accounting & Tax services, since 1959. He was very passionate about his work and contiunued to work until he passed. In addition to his wife, Joyce, he is also survived by; his dear children, Theodore J. Goloboski, Jr., Joyce Jeromin, Cindy Berardino, Mark Goloboski, and step daughters, Margie Zito and Tammy Roth; and many grandchildren and great grand children; he was pre-deceased by daughter, Diane Goloboski and step-daughter, Eva Humphrey; his wives, Elaine Slater and Edna Myers and all 4 of his siblings. A public viewing will be held on Thursday, July 15th , from 11:00 am to 1:00 pm at Hartenstein Funeral & Cremation Care, Inc. 24 N. Second Street New Freedom, PA 17349. Interment is Private.

Theodore James Goloboski, Sr., passed away at his residence in White Hall, MD on Thursday July 8th, surrounded by his loving family. He was the beloved husband of 28 years to Joyce (Cox) Goloboski. Ted was born on April 29, 1928. He was raised... View Obituary & Service Information

The family of Theodore James Goloboski Sr. created this Life Tributes page to make it easy to share your memories.

Theodore James Goloboski, Sr., passed away at his residence in...

Send flowers to the Goloboski family.