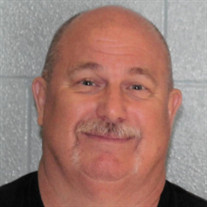 W. Keith Wilhelm “Willie” or “Squirrel” passed away on December 30th 2021. Born on May 26, 1957 at York hospital to the late Donald L. and Betty M. (Wells) Wilhelm. Keith was a 1976 Graduate from Hereford High School and was employed by the Baltimore County Highway Department, which he retired from after 35 years of service. He also spent the last 25 years working at Matthews Garage. Keith’s passion though was the Fire Department and serving his community, He was a volunteer since he was a teenager at Hereford Volunteer FD, Maryland Line FD where he was a past Chief and Rose Fire Company in New Freedom, PA. He worked his way from Lieutenant to Chief, at Rose Fire Company and held a position on the administrative side of the department as a Trustee and Vice President. In 2003 he was awarded Firefighter of the year, a title he was proud to hold. He mentored many firefighters over his life long career, impacting their future careers. He was a member of the York County Fire Fighters Association and PA Fire police for many years. Keith befriended the Rescue 5 fire house and Engine 160 in NYC, where he went on ride alongs with his friend Butch prior to 9/11. He was given the opportunity to march in the St. Patrick's Day parade in NYC, in 2012 to commemorate his fallen brothers. Although firefighting was his life, his other passion was his family; For those who knew Keith knew he loved the beach and not the cold, he was able to get to NY to watch his oldest grandson get awarded his Eagle Scout award and celebrate that proud moment. To others he was Pop-pop; He loved his two grandsons more than life and he was so proud of the young men they had become. He is survived by his only child, Stephanie M. Wilhelm and her husband Shawn Sipe; his sisters; Betty Anne Burns(Robert),Donna Zimmerman(Dennis),Sherrie Jacob(George),and Gloria Bankert(Michael); his loving grandsons, Jakob & Joshua Sipe; nieces and nephews: Joanna Minium (Mike), Rebecca Joy(Jeff), Dennis E. Zimmerman (Tiffany), Rob Burns (Jessica Hall-Burns) and Jordan Bankert; great nieces and nephews: Elizabeth, Shelby, Ben, Kyle, Braeden, Justin & Serena; great great nieces and nephews, Wyatt, Savannah, Layla & Brantlee; His family would like to thank all of the staff of the 4 Southwest & SICU at York Hospital for their kindness, care and compassion they showed to Keith and the family over the last week. A public viewing will be held on Saturday, January, 8th from 4:00 pm to 7:00 pm at Hartenstein Funeral and Cremation Care, Inc., 24 N. 2nd St., New Freedom, PA 17349. A Funeral Service and Fire Department Honor’s will begin at 7:00 pm. Reverend Michael Hopkins of New Freedom Baptist will be officiating and interment will be private. In lieu of flowers, donations may be made in his name to the Rose Fire Company or St. Jude. www.hartensteincares.com

The family of W. Keith Wilhelm created this Life Tributes page to make it easy to share your memories.

W. Keith Wilhelm “Willie” or “Squirrel” passed away on December...

Send flowers to the Wilhelm family.