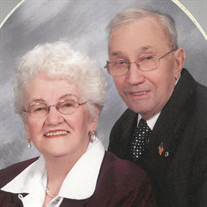 Walter K. “Kenny” “Gettle” Gettle, 98, of Lumberton, TX passed away Tuesday, July 21, 2020 at the Dallastown Nursing Center. He was the husband of the late Myrtle F. (Hare) Gettle who passed away in 2014. Born in Bentley Springs, MD he was a son of the late Henry W. and Mable L. (Doster) Gettle. Walter had been employed with the former Charles G. Summers, Jr., Inc. in New Freedom for 44 years retiring in 1984 and had also worked for Saubel’s Market in Shrewsbury for 27 years. He had been a member of Gunpowder Baptist Church where he was a former trustee. Walter was also a former member of Bentley Springs United Methodist Church where he was a past president of the Board of Trustee’s and was a Lay speaker. He was a former member of the Parkton American Legion. He was a lifetime member of Pretty Boy Swingers, the Maryland Line Fire Department. He currently was a member of Turnpike Baptist Church and enjoyed playing cards and jigsaw puzzles and loved to garden. At the time of his wife’s death in 2014 the couple had been married 68 years. Walter was a veteran who served his country in the US Army during World War II. Walter is survived by three daughters Yvonne Richardson and husband William, Paulette Younger and husband Bill and Judy Bull and husband Edgar “Dink”; nine grandchildren; 25 great-grandchildren and three great-great-grandchildren; one sister B. Geraldine Brose. He was preceded in death by a great-granddaughter and a brother Stewart Gettle. Graveside services will be held Wednesday, July 29, 2020 at 11AM from Middletown Cemetery, Freeland, MD with Pastor Jim McCaffrey officiating. Military Honors will be rendered by the York County Veteran Honor Guard. Those in attendance will be required to wear a mask and practice social distancing for the continued health and protection of everyone. In lieu of flowers, contributions may be made to the American Cancer Society, 314 Good Drive, Lancaster, PA 17603 or to the Juvenile Diabetes Foundation, 1104 Fernwood Ave. # 301, Camp Hill, PA 17011.

The family of Walter K. "Kenny" "Gettle" Gettle created this Life Tributes page to make it easy to share your memories.

Send flowers to the Gettle family.