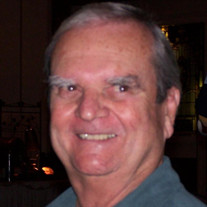 William “Bill” L. Henry, 88, of Shrewsbury passed away Sunday, November 14, 2021 at his residence. He was the loving husband of Shirley E. (Sloat) Henry to whom he was married 65 years. Born in Baltimore and raised in Hampden, he was a son of the late LeRoy C. and Anna (Burkhart) Henry. Bill served in the U.S. Army during the Korean War. He was a retired crane and heavy equipment operator for Operating Engineers Local 37 in Baltimore. He began his career in 1956, working on many construction projects to include the Bay Bridge, Baltimore Metro, Sparrows Point, and the Calvert Cliffs Nuclear Power Plant. Putting safety first, he devised a safer way to pour concrete and broke a record with the most pours in a shift. His favorite job was running a crane on a barge in the harbor to build the Ft. McHenry Tunnel. He enjoyed watching western and war movies and tv shows, fishing, long car rides and being on or near the water. He was an avid Baltimore Colts, Orioles, and Ravens fan. Bill was always a jokester making people laugh with his stories and jokes. He enjoyed taking his children and grandchildren on hikes. In addition to his wife Shirley, he is survived by three daughters Barbara (Jeff) Allen, Lori (Shannon) Hildebrand and Pamela (Drew) Bennie; six grandchildren, Steven Grofebert, Amber Hildebrand, Andrew, Jordan and Taylor Bennie and Amanda Garman (and family); one nephew LeRoy C. Henry, III and two nieces Sharon (Dale) Yutzy and Linda (Ray) Henry Hopkins. He was preceded in death by two sisters Reatta (George) Yutzy and Betty (Conrad) Bischoff, one brother, LeRoy C. (Pearla) Henry, Jr.; and Eddie Pletzer who was his best friend since elementary school. Funeral services will be held Saturday, November 20, 2021 at 11AM from Hartenstein Funeral & Cremation Care, Inc., 24 N. Second St., New Freedom. Interment will follow in Lake View Memorial Park, Sykesville, MD. A viewing will be held from 10AM until the time of services on Saturday at the funeral home. In lieu of flowers, contributions may be made to St. Jude Children's Research Hospital, 501 St. Jude Place, P.O. Box 1000, Memphis, TN 38105 in his memory.

William &#8220;Bill&#8221; L. Henry, 88, of Shrewsbury passed away Sunday, November 14, 2021 at his residence. He was the loving husband of Shirley E. (Sloat) Henry to whom he was married 65 years. Born in Baltimore and raised in Hampden, he... View Obituary & Service Information

The family of William "Bill" L. Henry created this Life Tributes page to make it easy to share your memories.

Send flowers to the Henry family.