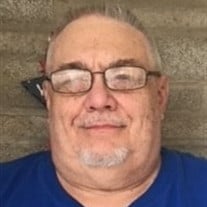 William “Bill” Norman Donahue III, 69, of York passed away suddenly on April 20, 2021. Born in York on April 20, 1952, he was the son of the late William N. and Selina M. (Killmer) Donahue. Bill was the husband of Esther “Dianne” (Sluder) Donahue of New Freedom, whom he married on June 12, 1976 celebrating 45 years in June. He is survived by his wife; four children Bob Donahue, Niki Donahue, Constance Bailey, Angela Bailey; and three grandchildren Kloey, Karly, and Brandon; siblings Carolyn and James Donahue. Bill worked for his family business and was the owner of Donahue Printing, Notary & Magic Co. since 1996, with over 40 years involvement. Bill proudly served as a “Radioman” for the United States Navy from 1971 - 1977. He was a former member of the New Freedom Lions Club and the Glen Rock American Legion Post 403. Bill was devoted to serving in his community. He loved life, enjoyed entertaining as a DJ/ Sound Tech and making families smile. He brought joy to many people’s lives preforming as a clown also known as, “Silly Billy,” at local carnivals, festivals, family reunions and was known as Santa Claus at the Downtown Bonton for many years. A Memorial Service will be held at 11:00am on Wednesday, April 28, 2021 at the Marge Goodfellow Park, “New Freedom Playground,” New Freedom, PA 17349 with full military rites provided by York County Veterans Honor Guard. Interment will be private and at the convenience of the family. If attending, please wear a mask and social distance as necessary. The family requests that those in attendance, please bring their own lawn chair. In lieu of flowers, memorial contributions in Bill’s memory may be made to: Lions Club International Foundation; Dept. 4547 Carol Stream, IL 61022. “I love my Bill-d-Boy” - Dianne

The family of William Norman Donahue, III created this Life Tributes page to make it easy to share your memories.

Send flowers to the Donahue family.