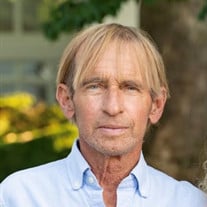 Kevin W. Gowl, 67, of Pylesville passed away on Sunday, October 10, 2021. He was the beloved husband of Angela Wilson Gowl; they celebrated 7 years of marriage on November 26, 2020. Born in Baltimore, MD, he was the son of the late Wade Hawthorne and Mary Regina (Jones) Gowl. Kevin was a professional horse trainer and was active and prominent in the horse show world since the 1960's. Kevin was well respected all over the country in the American Horse Show Association. He started riding and training at the age of 10. At the age of 18 he turned professional, competing against the best riders in the country. For many years he traveled all across the US and Canada showing horses for his father, taking long road trips for weeks at a time, campaigning and selling new stock. Kevin had been riding for 56 years and teaching for 40. Kevin's highest riding achievements include: Champion at Harrisburg and Washington International, Champion at Toronto Canada and Oklahoma City, Champions at Devon, wining 3 out 5, where he was nominated top rider that week, Winning the Governor's Cup at Devon, Winning the Indianapolis Grand Prix, Winning the Puissance Wall Class in Charlotte, NC. Jumping the wall at 6' 9." At Washington International, Kevin beat 7 other country's Olympic teams in the International Speed Competition as an individual rider for the United States. He rode the Presidents Cup, where he managed to get around the huge Rhode Island Suicide Course, where 5 other horses fell. One year in Florida, on the circuit, he was undefeated in his Jumper division against 75 other horses in 7 classes. Three of the horses he trained went on to become horse of the year in the Hunter divisions. Surviving in addition to his wife are his son, Jeremiah K. Gowl and his wife Brittany; five grandchildren Ashen E. Gowl, Meaghan K. Gowl, Jessica K. Gowl, Trevor W. Gowl, and Rhys W. H. Gowl; three step-children, Meaghan Atwell and her husband Calvin, J. Caleb Scheide and companion Lacey Szymusiak, and Hannah Scheide; two step- grandchildren, Maverick Atwell and Stella Scheide; five siblings M. Kathleen (Gowl) Almony, Wade D. Gowl, Michael J. Gowl, J. Timothy Gowl and Patricia A. Gowl. There will be a viewing from 2:00 – 4:00 p.m. and 6:00 -8:00 p.m. Thursday, October 21st, at Hartenstein Funeral & Cremation Care, Inc., 19 S. Main St., Stewartstown, PA. A Funeral Service will be at 10:00 a.m. on Friday, October 22nd at the funeral home followed by a celebration of life to be held at the Bel Air Equestrian Center from 1-4pm. Private burial to be held on October 23rd . If desired, memorial contributions may be made in Kevin’s memory to: Paddock Place Stables, 1015 Stansbury Rd. Pylesville, MD 21132.

Kevin W. Gowl, 67, of Pylesville passed away on Sunday, October 10, 2021. He was the beloved husband of Angela Wilson Gowl; they celebrated 7 years of marriage on November 26, 2020. Born in Baltimore, MD, he was the son of the late Wade Hawthorne... View Obituary & Service Information

The family of Kevin W. Gowl created this Life Tributes page to make it easy to share your memories.

Kevin W. Gowl, 67, of Pylesville passed away on Sunday, October...

Send flowers to the Gowl family.