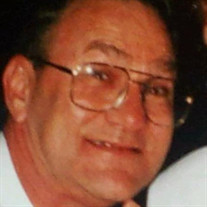 David Michael Ayers, 74, of York, passed away Thursday, January 28, 2021. He was the loving husband of Leslie Ann (Arbuckle) Ayers and they shared 54 years of marriage. Born in Sacramento, California, David was the son of the late Harold and Elizabeth (Richards) Ayers. He served 8 years in the Air Force and later earned an Associates Degree from Cosumnes River College in Sacramento, California. Early in his career, he worked as a repair technician for Honeywell. He transitioned to AAI Corporation in February 1977 out of Sacramento and in 1984 moved the family to New Freedom, Pennsylvania, continuing to work for AAI Corporation out of Hunt Valley, Maryland. He retired as a Senior Program Manager from AAI Corporation/Textron Systems after 32 years of service: February 7, 1977 to February 21, 2009. He established a technical consulting business after his retirement providing strategic development services and proposal support. David enjoyed science fiction books and movies, computers, chess, cards with friends (Poker was his favorite), and was an avid You Tube fan. He enjoyed sports, including football and baseball, favoring the San Francisco 49ers, Baltimore Ravens, and the Baltimore Orioles, and had an obsession with the Lincoln Mark series cars (even though he ended up with a Chrysler 300). He was a member of St. Joseph Roman Catholic Church and the American Legion, both of Dallastown. Surviving in addition to his beloved wife are 4 children, Lance Ayers and his wife, Terri, Carrie Ayers-Winter and her husband, John, Gary Ayers and his wife, Jennifer, and Thomas Ayers; 14 grandchildren, Elizabeth, Kaela, Jarred, Alex, John, Evan, Britney, Sara, David, Mark, Tasha, Amanda, Melissa, and Jake; 4 great grandchildren, Mason, Adri, Brayden, and Harper; 3 brothers, Harold ‘Butch’ Ayers II and his wife, Candy, Larry Ayers, and James ‘Jimmy’ Ayers and his wife, Janice. He was preceded in death by a sister, Karen Anderson, and a sister-in-law, Beverly Ayers. There will be a gathering at a later date when it is safe to get together to honor David’s life. He will be greatly missed by all who knew him. Hartenstein Funeral & Cremation Care, Inc. of New Freedom is assisting the family with the arrangements. HartensteinCares.com

David Michael Ayers, 74, of York, passed away Thursday, January 28, 2021. He was the loving husband of Leslie Ann (Arbuckle) Ayers and they shared 54 years of marriage. Born in Sacramento, California, David was the son of the late Harold and... View Obituary & Service Information

Send flowers to the Ayers family.