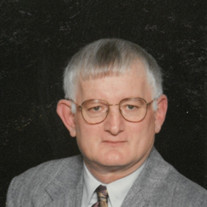 Dean C. Miller, 78, passed away peacefully, surrounded by those he loved, on Monday, June 1, 2020 after a long battle with MS and other health issues. Born in Hopewell Township on March 1, 1942, he was the son of the late Charles K. Miller, Sr. and the late Katie L. (Miller) Miller. Dean was a central part of the Stewartstown community for most of his adult life. At the age of 18, with the help of many loyal friends, he started the Stewartstown Little League Program and coached the young men of the Twins, among other teams. He was instrumental in the creation of the Stewartstown Jaycees in December of 1963 at the age of 21. The Jaycees were a mainstay in the community and served the needs of the Stewartstown area for many years. Dean was honored as JCI Senator for his service and commitment to his community. After aging out of the Jaycees at the age of 35, he and others started the Stewartstown Athletic Association (SAA) and continued his service to his community through youth baseball programs, chicken bar-b-ques, and sales of brooms, to name a few. Dean and his SAA friends ran the organization until 2000, when the organization became HARP (Hopewell Athletic and Recreation Program). Dean also ran the concession stand for the Stewartstown baseball team at the Fairgrounds in the 1980’s. Dean was also a staple at Kennard-Dale Middle and High School sporting events, running the basketball and football concession stands from 1989 through 1993. He was famous for his “Dean Dogs” and his “Burgers in Sauce”. Dean was a tool and die maker by trade. His career started at American Insulator in New Freedom, PA, then worked at Superior Mold in Felton, PA and later worked at Main Tool in New Freedom for the majority of his career. After the sale of Main Tool, Dean worked part-time in his retirement for Innovative Plastics Solutions in Abingdon, Maryland. Throughout his life, Dean enjoyed gardening, watching and attending his children’s and grandchildren’s sporting events, grilling, reading, traveling with his wife, and landscaping his yard. He was a social member of the Stewartstown VFW for many years. He loved feeding his family, especially on Christmas mornings, and he loved his community, his family, and friends. Dean is survived by his loving and faithful wife of 57 years, Linda (Kunkle) Miller; daughter Dena Hare (Leslie); son Bradley Miller (Christine); daughter Suellen Moore (Collin); and son Adam Miller (Heather); sister Katherine McCleary; brother Charles K. Miller, Jr. (Anna Mae); sister Shirley Joines (Robert); sister Anna Mae Cook (Orven); sister Helen Ford (Robert); sister-in-law Peggy Miller; 8 grandchildren; three great-grandchildren; and numerous nieces, nephews, cousins, and friends. In addition to his parents, he was preceded in death by a brother, Robert Miller. Due to Covid-19 restrictions, all Services and Interment will be private and at the convenience of the family. In lieu of flowers, the family requests memorial donations to Stewartstown Presbyterian Church at Post Office Box 277, Stewartstown, Pennsylvania 17363 or to AseraCare Hospice York, 984 Loucks Rd. #1, York, PA 17404.

Dean C. Miller, 78, passed away peacefully, surrounded by those he loved, on Monday, June 1, 2020 after a long battle with MS and other health issues. Born in Hopewell Township on March 1, 1942, he was the son of the late Charles K. Miller,... View Obituary & Service Information

The family of Dean C. Miller created this Life Tributes page to make it easy to share your memories.

Dean C. Miller, 78, passed away peacefully, surrounded by those...

Send flowers to the Miller family.